Yes, you read that right. This is the story of my son’s third eye.

Let me rewind. A few days ago, my son came down with a fever. I was like, “Oh no! Is this COVID?” So I took him in to be seen. The Doc ordered a test (not COVID, whew!) and checked him out for other possibilities. She said, “Everything looks ok, except he’s got something in his ear.”

I stared at her for half a “deja-vu” second, then replied, “That’s weird. It’s not the first time someone has mentioned that.” She looked surprised and questioned, “What happened last time?” Rewind again to a similar scenario. I take my kid to see a doctor because he doesn’t feel well. They find something in his ear–white and shiny. They try to get it out, but it disappears. They think it must have just been shiny earwax or a piece of paper that dissolved. Case closed. We immediately stopped worrying about it.

Fast forward to the new doctor looking up Asher’s records. Sure enough, it’s in his notes from a year and a half ago . . . same ear and same description. He had been checked out at least twice between the two events and even had a yearly checkup with his primary the week before without anyone seeing anything weird.

The doc asked what I wanted her to do. Asher was in no mood to handle this shiny piece of whatever it was. That’s not actually why we were in the office, and his ear didn’t hurt at all. I imagined him thrashing around and screaming while she tried to extricate whatever it was. Instead, I accepted her judgmental glances and promised to deal with it later. As I left the office carrying my miserable, sick child, I promised not to turn a blind eye to the possible problem.

When we arrived back in the office two days later, the doctor (same one as before) looked a bit shocked to see us again. (Yep! See me following through! Back with a much happier and compliant child.) She checked his ear again. Yep, the Unidentified Foreign Object was still there. Asher announced that he would like to use water and try to flush it out. The doc called in a nurse tech. The great ear flushing began. 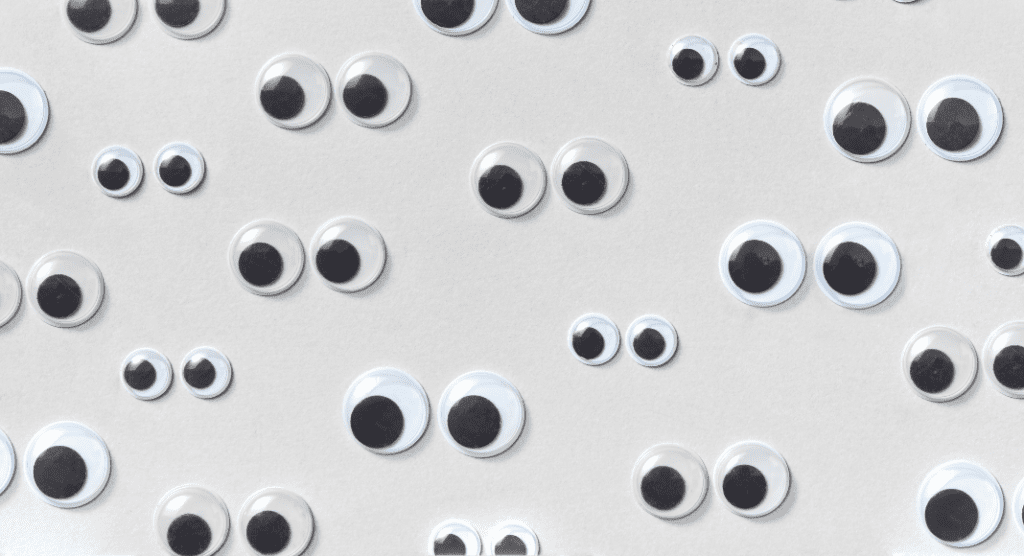 When I saw the eye, I knew it really had been in there for a LONG time. As much as I’d like to say that I’m an awesome mom who has done arts and crafts all the time through our NM Pandemic Stay at Home Orders, it just wouldn’t be true. My poor kid hasn’t seen a pair of googly eyes in well over a year.

He literally had a third eye in his ear for at least a year and a half.

If you know Asher, you know he has an excellent memory and has no qualms about telling the truth even if it makes him look bad.

But he can’t remember a thing about how the googly eye got in his ear.

I wish I didn’t remember seeing it.

It was disgusting. If you’ve never seen an eye covered in wax and ear flakes, then you’ve . . . well nevermind, I’m sure you’ve seen gross stuff. Kids do gross stuff.

Even more worrisome than the gross-factor is that it was dangerous. I’m relieved his ear is intact and healthy in spite of hosting a third eye for all that time.

I’m not sure what the moral to this story is.

Perhaps it’s that no one should be too surprised to find strange things hanging out in the crevices. #checkthecrevices

Or, my personal favorite, we should all use more googly eyes so it’s not quite so obvious when a kid’s third eye has been around for as long as Asher’s. #googlyeyesforthewin

I don’t know. What do you think? What #hashtag story would you tell? Have you extracted awesomely weird stuff from your child’s crevices? Do tell. Let us know we’re not alone!

I wish I could have been around at the lunch table when Asher shared the story of his third eye with his new friends on his second day of in-person school. He said they were all very impressed that he had let someone flush his ear. He giggled so much when he told me his friends thought the doctor had used a TOILET. Heads Up, Mama! The Comparison Game Affects Our Kids Too Our Life on the Spectrum: How Autism Made Us Better Parents (Part 1) Our Life on the Spectrum: How Autism Made Us Better Parents (Part 2)