I have one regret in life. One. That’s it. I know I’ve only been around 30 years, but still, just one.

My one regret is not asking for help.

This post is about to get really personal. It’s something I have not really shared before, but something I feel is so important if it can help even just one person avoid having this regret. To back it up just a little bit and give you some context, here’s his abbreviated birth story. (You can read the full story here if you like birth stories. If you are pregnant with your first, don’t read it or at least read this whole post first.) I had an uneventful pregnancy and was induced at 42 weeks after taking hypnobirth classes and planning on a hypnobirth. We got to the hospital at 8 am Tuesday, and I had him 4:30 AM Thursday via fentynal, epidural, and 30 minutes of vacuum assisted pushing with threat of a C-Section and NICU standing by. Healthy baby boy. Torn and exhausted mama. We struggled with breastfeeding from the get go, and didn’t get the best help from the hospital lactation consultants. He was so incredibly perfect though.

We got home and he continued to be amazing except that breastfeeding was increasingly more and more difficult. I ended up with mastitis after a week and a half having zero idea what that was.

I was stressed about putting him down. But I was also stressed about people coming over. Mad at friends for potentially waking him up because it would mean I would have to feed him, and that was excruciatingly painful. I had major baby blues that first week and had no idea how to handle them, but it seemed to improve after the first couple of weeks.

Breastfeeding did not. I wound up with literally the top layer of one nipple missing and what I called a Grand Canyon gouge out of the other one. Again, no real help from the hospital lactation staff. I stopped breastfeeding completely and just pumped for about 2-3 weeks, and was able to get him back on as I finally healed.

The first few months he slept like a champ. Then the 4-month sleep regression hit right around the time we moved to a new home, and he was up every hour. Also around this time, I got mastitis again, a weird allergic reaction to what I think was the antibiotic for the mastitis, and went back to work full time. The overwhelm was building.

I loved him so stinking much, but I remember not being able to put him down without obsessively checking the monitor, not being able to hold him without visualizing him falling out of my arms and getting hurt. I was terrified a lot of the time.

My husband and I were both air traffic controllers and this year we decided to work completely opposite schedules to avoid needing any childcare, which was awesome that we had that opportunity to make that choice. But we never saw each other. I would get home, and he would leave 10 minutes later. We even met in the work parking lot to swap once a week. (Side note – single moms and dads you are rock stars.) We were also working mandatory overtime 6-day work weeks. This is where it really hit. That summer was one of the hardest of my life.

I had already been feeling terrified of so many things with this baby. And I didn’t want to take him out by myself. I would make excuses about not doing things or not going to the gym. I would envision myself running away. Literally I pictured myself leaving for work and not coming back. Getting cash and driving away. I started to believe that my family would be better off without me.

In the same breath though, I was panicked over going to work. Over having 6 hours a week of time together as a family. I called in sick multiple times. Sometimes I sat shaking and worried about going into work. I wasn’t sleeping because he wasn’t sleeping, but I couldn’t handle sleep training. So I was distant and disconnected. I had a small idea at the time that it was postpartum depression, but no idea what to do about it. Embarrassed by it. Too afraid to tell anyone and ask for help.

Somewhere around 9-10 months I read this book, and somehow I was able to pull myself out. I started feeling human again.

Fast forward a little over a year and I had my second baby at Dar a Luz (read about that here – first time mamas must read) and it was magical. I would do that 100 times over. He breastfed for an hour, we struggled with lip tie, had amazing support, and got through it. This time around, I never felt depressed, but I have struggled with anxiety. The need for things to be perfect and not being able to function when they weren’t, feelings of vertigo, and chest tightness. I should also not that this did not hit me until 6-8 weeks.

The difference? I GOT HELP.

I went to therapy. Then I acknowledged what it was. I asked for help from my husband. I decided it was not going to take hold of my life.

Here’s where the regret comes in. I have such a strong bond with my second baby. And I have vivid memories of his whole first year. I feel such a strong love and connection with him, and I have felt that the whole time. And while this is incredibly special, it makes me realize what I missed out on with my first. I love him and we have a strong bond now, but it’s not the same.

His whole first year is such a blur to me. I feel like I am missing whole chunks of it that are overshadowed by the depression I felt. There is so much missed time, so many missed opportunities to bond and truly enjoy the magic of having a baby that I will never get back with him. I missed so much of his life by not asking for help. Some things we did differently? I had amazing medical and lactation support. I chose to take little bit longer maternity leave. Also, I set my foot down and exercised my right to not work 6 days a week the first year. I found help online in the form of sleep training classes. I talked to my midwife and went to therapy.  Most importantly, I completely changed my mindset to one of not making excuses and choosing to thrive instead of survive. I chose to do life instead of life happening to me. I am not at all looking for sympathy with this post. And I love my boy and I am striving to make the most amazing memories we can now. That bond is growing stronger every day. And I know now, that struggle makes us stronger. So much stronger. But that struggle was unnecessary. It could have been stopped had I asked for help. I missed out because I did not ask for help. 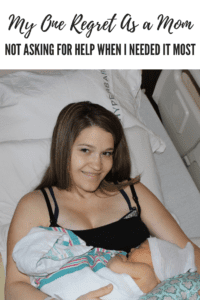 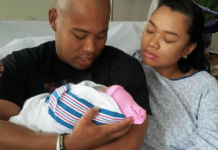 Poo, Placentas and Pooch : What I Wish I Knew About Labor and Delivery Packing My Hospital Bag the Second Time Around

Impress Your Family with These Fun Animal Facts on Your Next...

Ana-Alicia Gonzales - July 16, 2021 0
Most kids love learning fun, interesting, and even gross facts about animals. My family and I love going to the zoo. Sometimes we pass...

5 Summer Activities to Beat the Heat (Without Wasting Water)