I was standing over her crib in the NICU, just watching her sleep. She was seven weeks of pure preciousness! A hospital volunteer walked up behind me and asked. “Are you mom?”

I proudly said, “Yes! Foster mom.” My heart was soaring. For the first time in my life, I got to acknowledge that I was a mother.  After several miscarriages, almost unbearable losses, there I was, a mom. “I just don’t know how you can do this,” the volunteer said. “You’re going to get so attached, ya know? I could never foster. There is no way I could give the baby back after getting attached.”

My heart sank just a little. Attachment is the number one thing this child needs!

For a moment, I couldn’t catch my breath. And being new at this, I wasn’t quite brave enough to respond. So, I simply smiled and turned my attention to the little one who had begun to stir at the sound of our voices. For the last fourteen days I had been by her side, hour after hour, day and night, listening for every beep, every coo, every sign, every signal that required documentation to share with the nurses. How many times did she sneeze? How many times did she yawn? Did I notice this? Did I notice that? I was already attached. Like glue.

For the next three months, I went to the hospital every day. Even though she wasn’t officially our foster child until she was released from the hospital, my husband and I became her number one advocates. We met with teams of doctors, therapists, nurses, social workers, and caseworkers. We spent hours in training to learn how to deal with her special needs. We became special-needs certified. We became experts on her health because she needed someone there for her.

If it wouldn’t have been us, it would have been an occasional visit from caseworkers and potential foster parents who could only come in their spare time. Not every foster baby in the hospital waiting to come home has someone there for them everyday. But for some reason, my husband and I were the ones chosen for her. And for me there was no other option but to be there everyday, without question, for as long as we were needed. 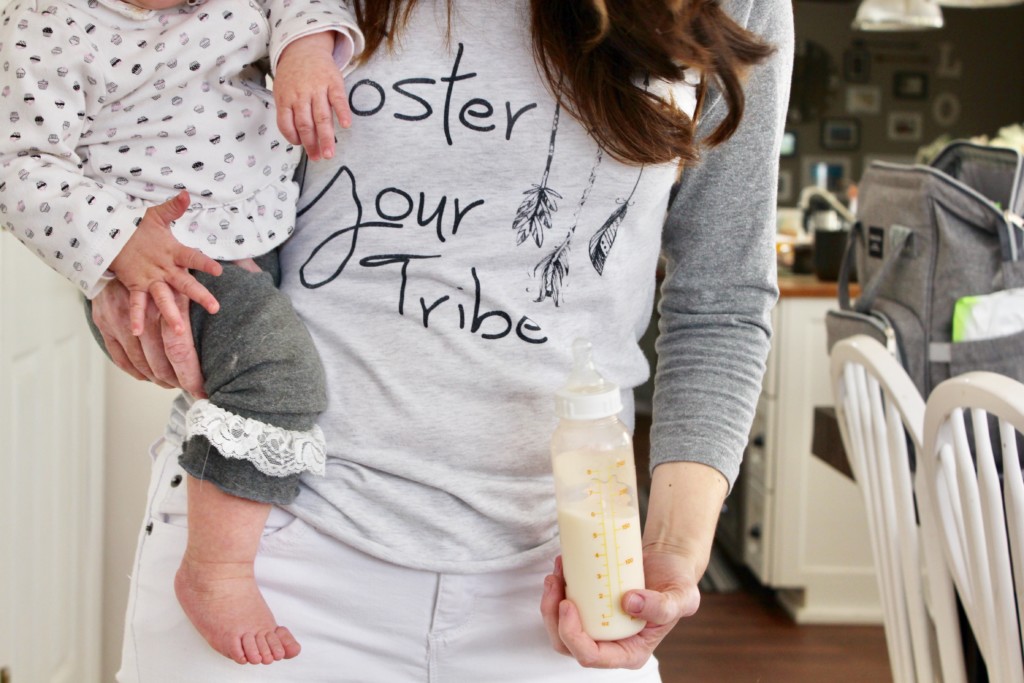 We’ve been fostering the same child now for almost a year. We still hear the same concerns. But now, I know how to respond. Now, my heart doesn’t sink to my stomach.

With joy, I explain the value of attachment and I explain that fostering is not about me. I tell them that I chose to become a foster mom because of the need this city has for loving parents to step in and provide safe, loving homes for the kids of Albuquerque.

It’s going to take courageous families to fight for new laws, fight for change, for a better system that is so overwhelmed and broken. I tell them that I can handle the loss, as hard as it may be, much better than that child can handle never having the opportunity to bond with someone who truly loves them.  Fostering is about championing for the children in need, not about my needs and me.

Becoming a foster parent is a hard calling. No doubt. It’s not for everyone. And truth be told, I have not yet had to go through a painful foster care separation. I can’t promise that I will handle it well. But I have experienced plenty of loss in my own life. And the thing I have learned is that, with God’s help, I make it through. Every time.

Yes, I know separation will bring heartbreak. But that’s a good thing, right? Wouldn’t you want someone to love you so much that if you were ever separated from them, it would tear them in two? That’s love. That’s the kind of love that is sown deeply into lives and flourishes into beautiful things. That’s the kind of love that gives strength and carries people through a lifetime. #getattached #fostercareawareness

Here are a few sobering statistics regarding foster care in New Mexico (cwla.org, 2015).

For more information about becoming a foster parent, click here.