It felt like Christmas morning when Disney+ was finally released.

Frozen, Moana, Finding Nemo/Dory, and all the Toy Story you could ever want, right there on your TV! I mean, this streaming service has really upped my mom game. And yes, I actually enjoy watching Frozen and belting out “LET IT GO “with my kids!

But to be completely honest, I wasn’t a huge Disney fan growing up. And there are many Disney movies I haven’t even seen. My mom took me to see my first movie in theaters, which happened to be Beauty and the Beast. And my parents love to recount how I couldn’t fall asleep as a toddler unless The Jungle Book was playing. Ok, so maybe I was kind of a fan. Kind of. I’m just not so crazy about classics now. And I’d rather watch Frozen than The Little Mermaid. Maybe I grew up too close to Disney World and it’s lost its magic for me. Who knows?

Even though I’m not a die-hard fan of the classics now, I’ve gotta say, the Disney Channel Original Movies were life.

My husband and I often play the Disney Channel Original Movie Game. We take turns naming original movies and whoever gets stuck first loses. He always wins. I mean, who remembers every single Johnny Tsunami movie?!

But have you ever gone back and watched a movie or TV show you loved and idolized as a kid? Is it just me, or do you remember them way differently? Do you find a little disappointment and Disney disillusion after opening credits of Brink or Smart House? (Okay, if not Brink, definitely Luck of the Irish!)

I probably watched Motocrossed a million trillion times when it was released. I’m just too afraid to watch it now. But it’s so tempting to re-watch the originals now that they are at my fingertips.

All I’m saying is, Disney+ low-key ruined my childhood memories of some amazing original movies. Let’s keep the past in the past. Please don’t destroy my perfectly good memories of being young, carefree, and totally pumped for new movies. But honestly, I would give up a lot to get my toddlers to take a nap. So, I could never be that mad at ya, Disney! Here’s How You Can Help Afghan Refugees in New Mexico 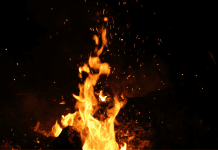 Zozobra, the New Mexican Tradition We All Need